MT5 and MT4 trading platforms have quite a lot of things in common, but they are different at the same time. In this article, I will explain those differences in detail. So let’s compare MT4 vs MT5 now.

Below are MT5 and MT4 trading platforms compared.

For many years Forex traders have been wondering when will MT5 replace MT4 platform and how this process will look like. Well, this day has come and in November 2016 MQ announced that MT5 is about to replace MT4 client terminal. They will no longer provide support for MT4.

MetaQuotes Software Corporation is a Russian company with offices in Limassol, Cyprus. It is the owner of MetaTrader 4 and 5 trading software that is used by many traders for forex trading and other online trading business. MT4 was developed on 1st July 2005 while MT5 was released on 1st June 2010. The software has many differences in terms of the functionalities and features. Below is a detailed explanation of the differences between MT4 and MT5.

MT4 and MT5 have different server built ups. The MT4 has only one dedicated server that is restricted in its communication with other servers. The MT5, on the other hand, deploys jobs to other servers and they work together giving synergy and are able to achieve hardware utility as well as improving results because of the different servers communicating and working together leading to resource optimization. There are four main servers that MT5 uses; Access server, trade server, history server and backup server. This is unlike the MT4 that use only one server engine.

The limitation with MT4 is that the max number of terminals on the same computer has been set to 32 whereas for MT5 is unlimited. However, I have not tested this personally myself yet with MT5.

The MT4 had a limit in which forex brokers would be required to develop their systems that would be linked to liquidity providers such as banks and financial institutions such as JP Morgan and Citi bank. With the new MT5, it has an in-built functionality that integrates with the liquidity providers system whenever a trade is placed.

The database that would host MT4 platform was only restricted to accept 10 million trades. This looked a relatively smaller figure by then. However, as the popularity of forex trading has grown overtime there was the need to develop a platform that would allow more trades. With MT5 the numbers of positions are unlimited. This literally means even if all the forex traders would place 100 trades the database wouldn’t go down because of the number of trades.

Reports that you can pull from MT4 software are only in HTML format. With MT5 the reports are both in HTML format and Open XML table format. See images below. 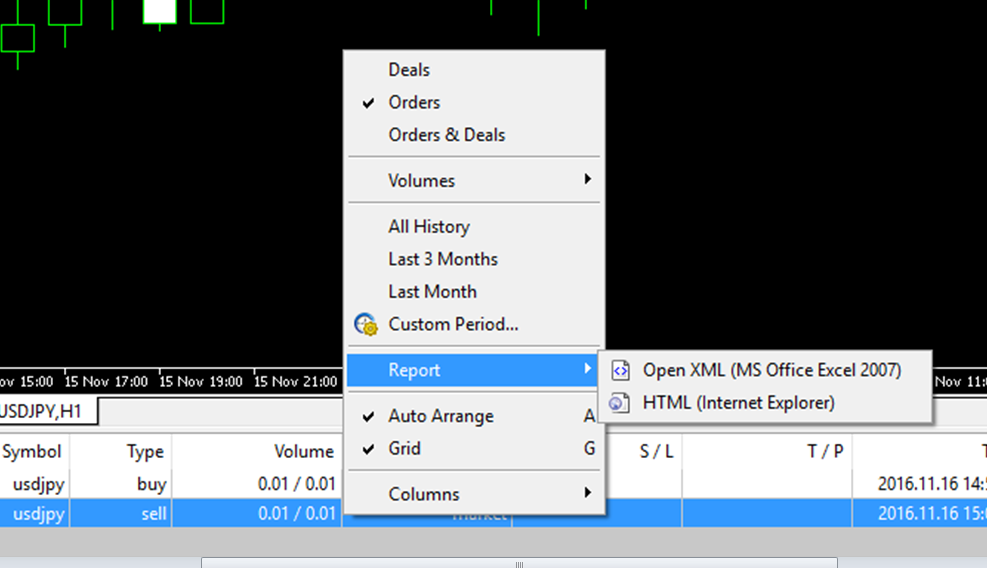 The kinds of balances that will appear on MT4 are only balance and credit with MT5 having a wider coverage and breakdown of the balances. To be precise MT5 has 6, commission, balance, interest, correction, charge, bonus, agent, and credit.

There is a difference between the database programming languages that MT5 and MT4 use. With MT4 it is limited only to Microsoft MySQL whereas with MT5 the database languages for retrieving information from the server has an extension of Oracle’s PLSQL, MySQL, and MSSQL making them three instead of only one.

The manager API helps to build additional functions within the MT4. This interface can allow you to build your own terminal that would fuse with the MetaQuotes software.

A gateway allows brokers to build an interface of their system to others. This allows a gateway that would accept multiple providers. This would be ideal if you wanted to connect to a stock exchange or a liquidity provider remotely. With MT4 there are no gateways and therefore forex brokers are forced to hire their own technical team to build them the gateway API.

MT5 allows for partial orders, if for instance the maximum volume of a trade is met and the trade is not filled, traders can select partial edit to allow for the remaining volume to be canceled. This is ideal when purchasing contracts and you have placed a certain contract as an order. If at the execution the order it is not filled, the order will not be killed, rather it will pick/fill whatever the contracts that have been able to fill the rest would be returned. This functionality is not there in MT4. 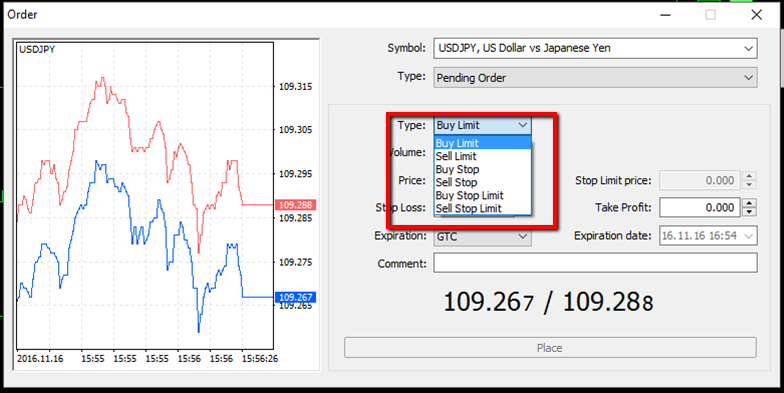 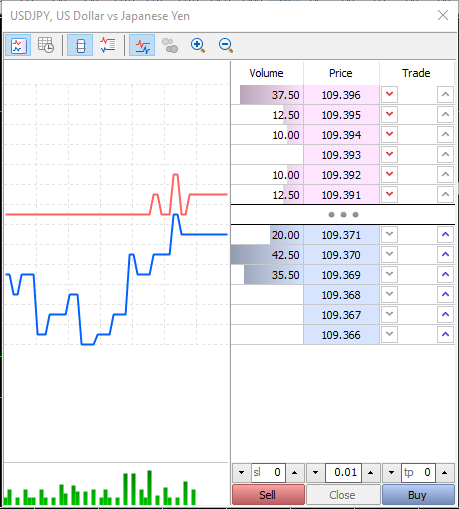 The depth of Market on MT5

Time and sales data provides traders with an outlook of the price levels. An increase in bullish positions will be seen same as bearish. This change in volumes helps intraday as well as long-term traders with speculation of price movement. Time and sales data is not only visual but can also be exported to spreadsheets such as MS Excel.

Technical indicators are used to detect price patterns based on Dow’s theory. Use of Dow’s theory has seen traders come up with models that are used in price prediction using patterns, lines, and mathematical calculation that are assumed that they will repeat themselves over time. MT4 has 30 technical indicators whereas MT5 has 8 additional bringing the total count to 38.

Graphical objects are a set of tools that help in the analysis of prices. They are purely built by MetaQuotes and they are purely non-patented tools. They help to build resistance levels on charts, channels and much more. They would be considered as basic working tools to any trader. Examples of this are cross-hair, trendline and much more. MT4 has a count of 31 graphical objects whereas the MT5 has 44. 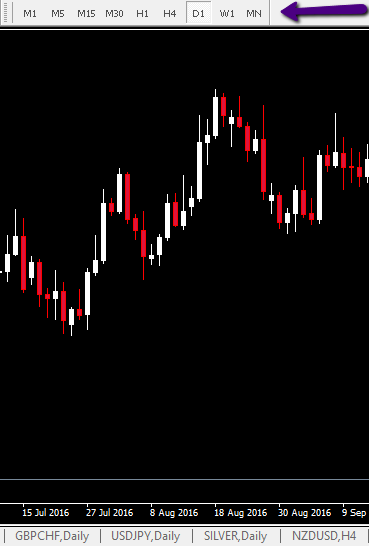 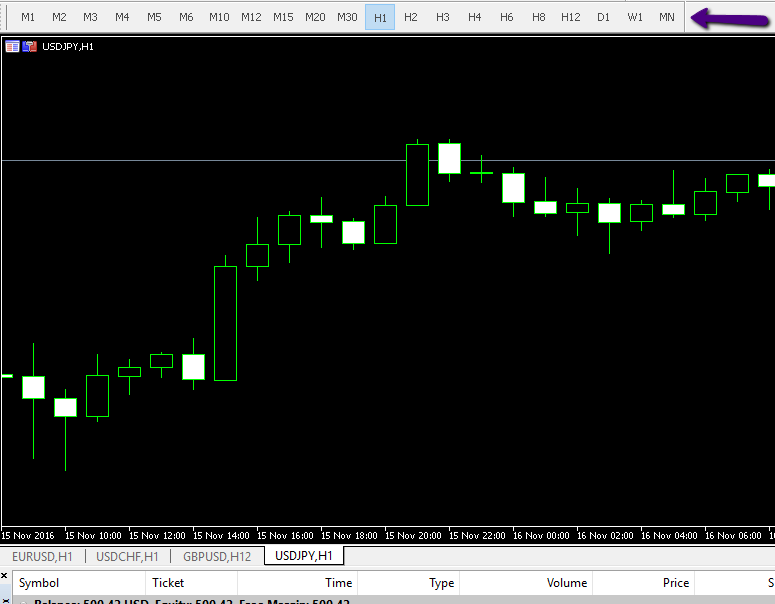 Depending on the terms and conditions of a broker, MT5 has the feature that allows transfer of funds between accounts that are within the same trade server. This is not the case with MT4. In MT4, funds transfer is handled by the broker and separate from the MetaQuotes software. Different brokers usually have different funds transfer platform. For example, FxPro uses the vault as a wallet to transfer funds while InstaForex uses the trader’s cabinet tool for funds transfer.

MT5 has an inbuilt MQL5 community chat whereby traders can chat with freelance programmers of expert advisors, indicators, and scripts. With MT4 this functionality is not there. You will have to log into the MQL5 website from the browsers in order to interact with other community members.

Hedging is whereby you open multiple positions of a similar financial instrument using same lot size. This will nullify each other, for instance having a bearish and bullish position of silver at the same time. This works with MT4 and wasn’t available in MT5 until early 2016. The latest MT5 version allows to hedge, but before 2016, if one tried to hedge on MT5, the position opened in order to hedge will automatically cancel the initial position. Hedging on MT4 still depends on the rules and regulations of the brokers. For example, U.S. brokers are not allowed to support hedging because of NFA rules. 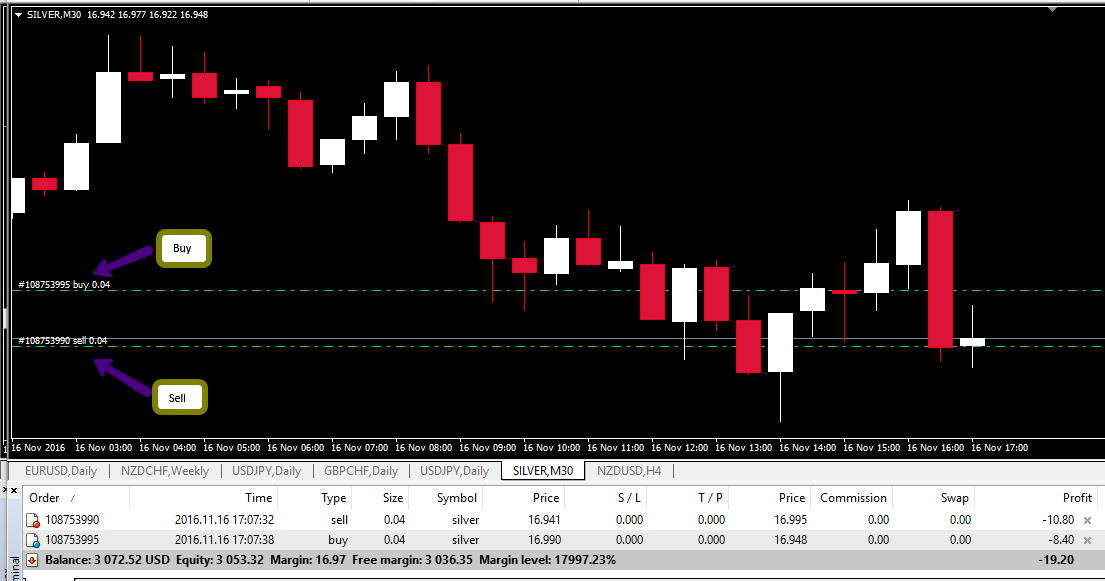 Netting is a feature that is allowed in MT5 and not present in MT4. Netting works in the sense that only one position is held instead of multiple trades of the same lot size. For instance, if a trader opens two bullish positions of silver of 2 lots, then with netting this will become one position of 4 lots. This works by weighting the average price for the position. 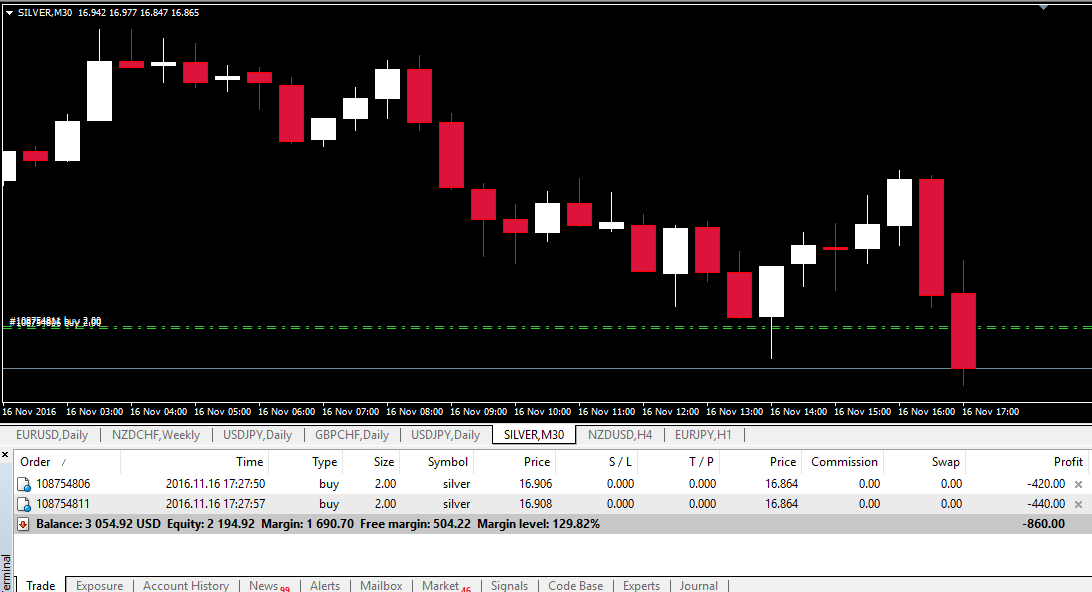 Netting is no longer available in hedge enabled accounts on MT5

MT4 has Forex, Futures, and CFD as the only supported markets, whereas the MT5 has Options, Stocks, and Bonds as additional markets. Additional markets give traders convenience of trading from the same platform and same broker. Unlike MT4, if a trader had to trade Options or Bonds, he would need to trade from another different platform or probably with another different broker.

In conclusion, though MT4 is an older version, it is not phased out and it has its advantages over the MT5. It is still popular among traders and it will likely to stay that way for quite a while. Even after MetaQuotes announced they will no longer support MT4, probably many traders and brokers will not rush to switch to MT5. 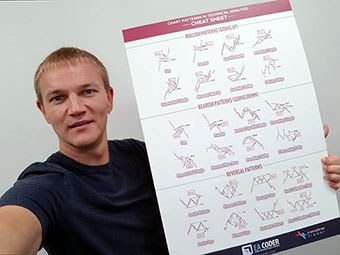 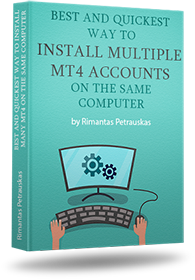 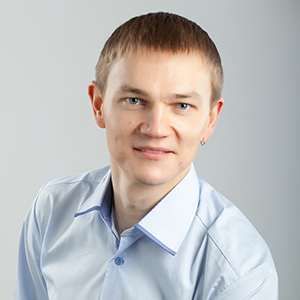 Rimantas Petrauskas is the author, a Forex trader, programmer, entrepreneur, algorithmic trading expert and is one of the most well-known programmers in the world of Forex with more than 20 years of programming experience. He strongly believes that with a Positive Mental Attitude we can achieve any goal.

Copyright © 2009-2020. Rimantas Petrauskas | Terms and Conditions | Privacy Policy | Earnings Disclaimer
Trading foreign exchange on margin carries a high level of risk, and may not be suitable for all investors. The high degree of leverage can work against you as well as for you. Before deciding to invest in foreign exchange you should carefully consider your investment objectives, level of experience, and risk appetite. The possibility exists that you could sustain a loss of some or all of your initial investment and therefore you should not invest money that you cannot afford to lose. You should be aware of all the risks associated with foreign exchange trading, and seek advice from an independent financial advisor if you have any doubts.
The purchase, sale or advice regarding a currency can only be performed by a licensed Broker/Dealer. Neither us, nor our affiliates or associates involved in the production and maintenance of these products or this site, is a registered Broker/Dealer or Investment Advisor in any State or Federally-sanctioned jurisdiction. All purchasers of products referenced at this site are encouraged to consult with a licensed representative of their choice regarding any particular trade or trading strategy. No representation is being made that any account will or is likely to achieve profits or losses similar to those discussed on this website. The past performance of any trading system or methodology is not necessarily indicative of future results.
Clearly understand this: Information contained in this product are not an invitation to trade any specific investments. Trading requires risking money in pursuit of future gain. That is your decision. Do not risk any money you cannot afford to lose. This document does not take into account your own individual financial and personal circumstances. It is intended for educational purposes only and NOT as individual investment advice. Do not act on this without advice from your investment professional, who will verify what is suitable for your particular needs & circumstances. Failure to seek detailed professional personally tailored advice prior to acting could lead to you acting contrary to your own best interests & could lead to losses of capital.
HYPOTHETICAL OR SIMULATED PERFORMANCE RESULTS HAVE CERTAIN LIMITATIONS. UNLIKE AN ACTUAL PERFORMANCE RECORD, SIMULATED RESULTS DO NOT REPRESENT ACTUAL TRADING. ALSO, SINCE THE TRADES HAVE NOT BEEN EXECUTED, THE RESULTS MAY HAVE UNDER-OR-OVER COMPENSATED FOR THE IMPACT, IF ANY, OF CERTAIN MARKET FACTORS, SUCH AS LACK OF LIQUIDITY. SIMULATED TRADING PROGRAMS IN GENERAL ARE ALSO SUBJECT TO THE FACT THAT THEY ARE DESIGNED WITH THE BENEFIT OF HINDSIGHT. NO REPRESENTATION IS BEING MADE THAT ANY ACCOUNT WILL OR IS LIKELY TO ACHIEVE PROFIT OR LOSSES SIMILAR TO THOSE SHOWN.
Copyright © 2009-2021. Rimantas Petrauskas | Terms and Conditions | Privacy Policy | Earnings Disclaimer